Durer’s watercolour landscapes all look very modern with a high level of realism, in contrast to his portraits and religious pictures. 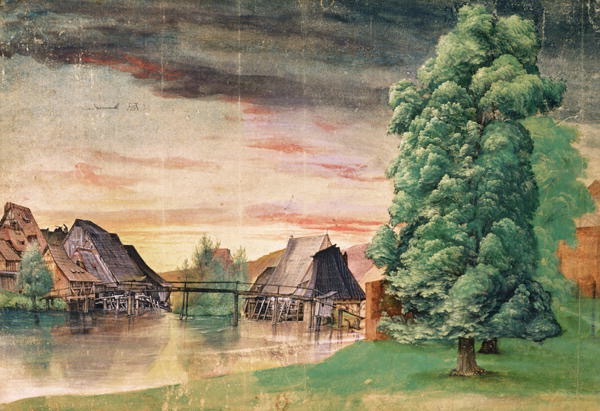 Courtyard of the Former Castle in Innsbruck without Clouds, 1494 I find this scene inviting. It looks like a cold early morning before any townsfolk arrive to set up market stalls and start their day. The muted neutral colour palette contributes to this feeling, as does the blank sky, which implies snow-clouds.

Landscape near Segonzano in the Valley Cembra, 1495 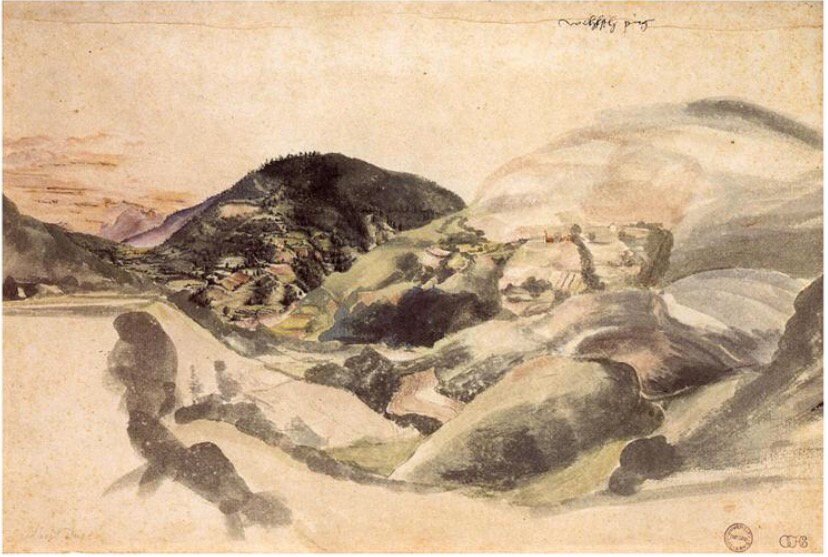 This piece is intriguing with more detail in the background than the foreground. Perhaps it is unfinished or perhaps this is a study for a later work? 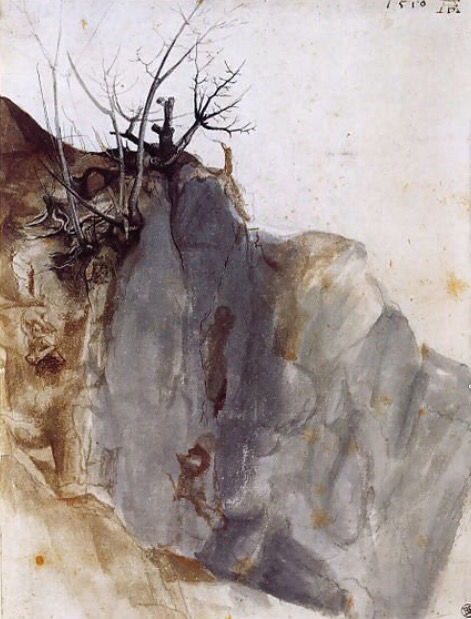 I love this picture, and it feels completely modern.

I’m not a fan of this style of landscape art, it feels somehow contrived and devoid of real emotional connection with the subject matter. Simply performing an internet image search (below) shows how formulaic the work is. The exception is the skies, they are varied and beautifully rendered. 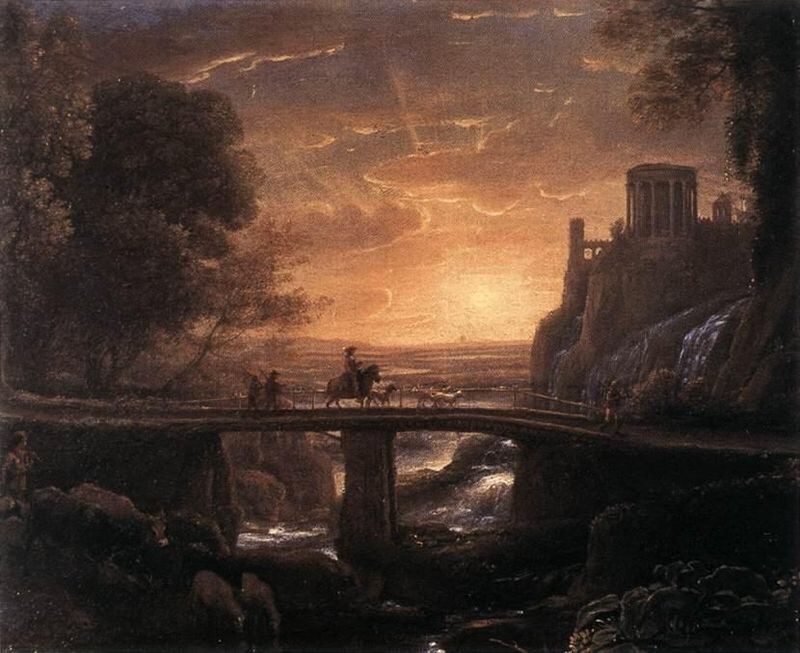 Lowry feels homely to me. My family are from the north of England and many had industrial jobs. We had a print of Coming from the Mill on the wall when I was growing up.

I always wonder whether the figures’ distinctive posture is meant to convey fatigue or cold (or both). It is not as pronounced in the scenes of leisure. The limited palette strongly conveys an atmosphere of biting cold, and the marked difference in tonal value between foreground and background goes beyond what might be considered sufficient to convey distance through atmospheric perspective and seems to suggest smog and rain. 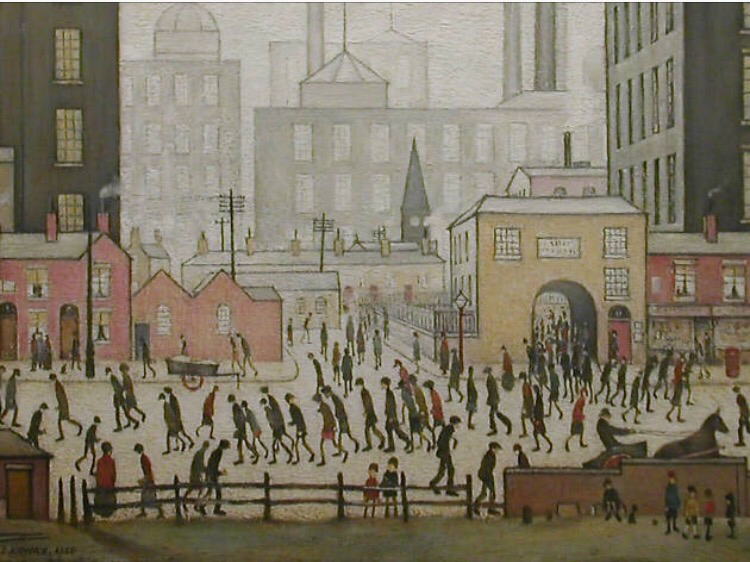 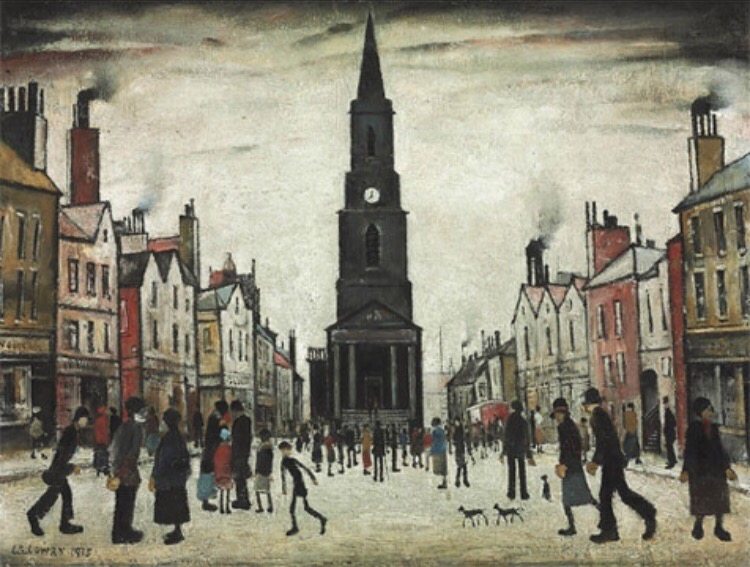 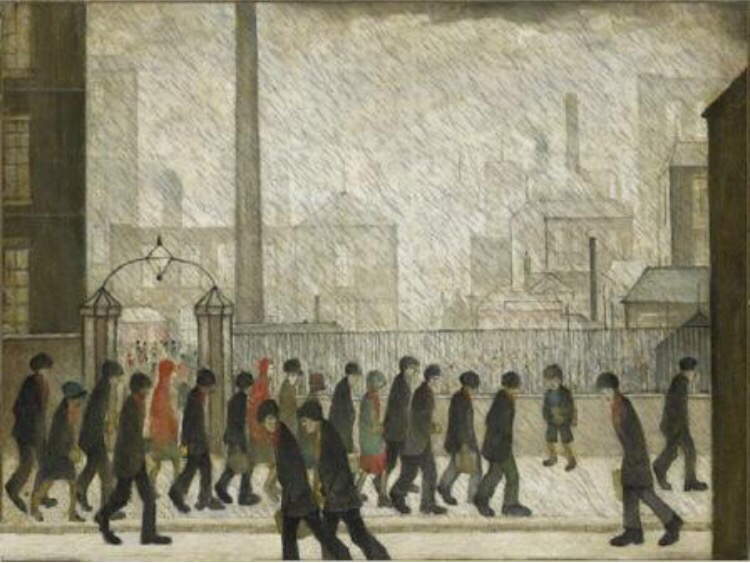 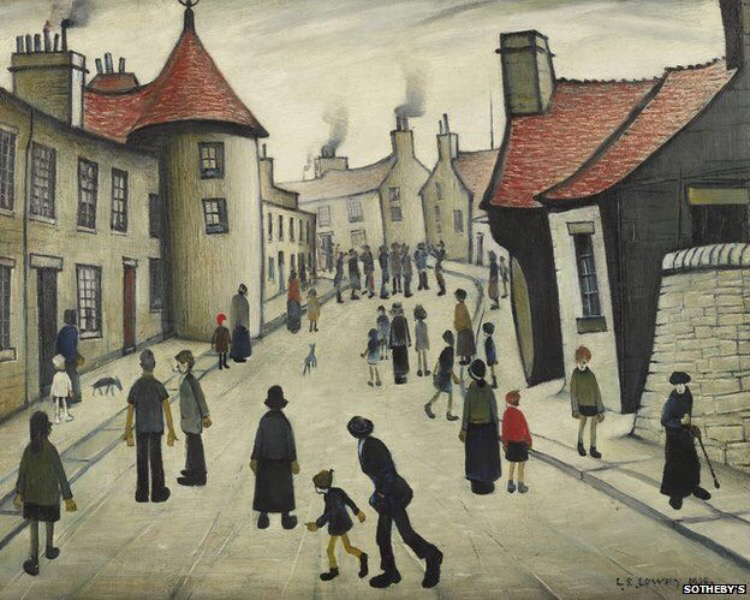 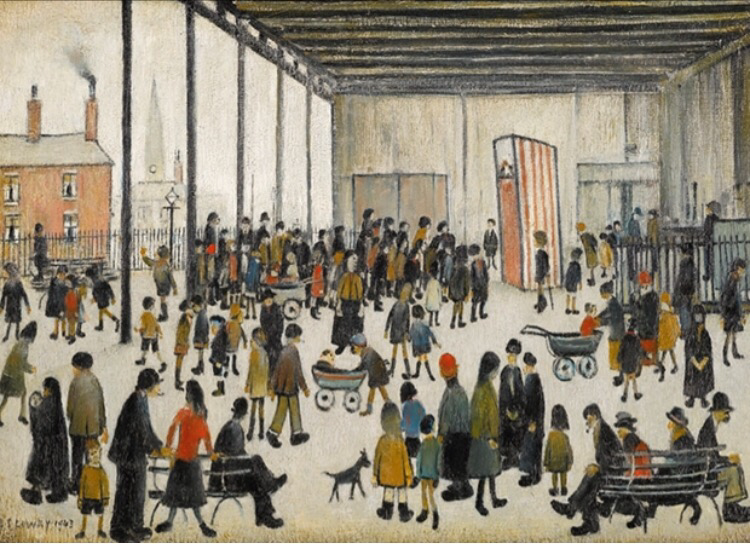 I include this last one as it is of my hometown and depicts the old floating bridge which was replaced by the current Itchen Bridge when I was a small child. I had no idea Lowry had painted this. 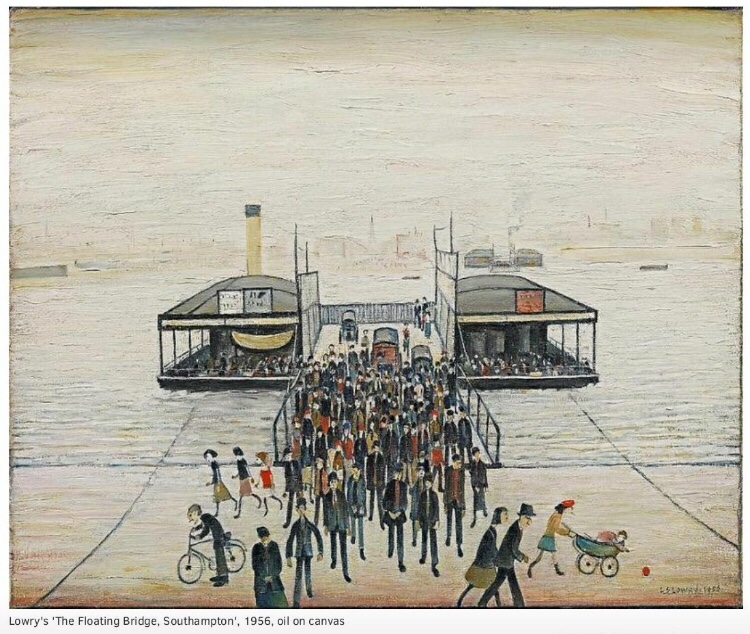 These pieces have slowly grown on me. At first I couldn’t really understand why anyone would want to paint a row of garages or a block of flats. But as I continued to regard them, I began to appreciate the small specific devices used to create a wonderfully nostalgic atmosphere. The skies are genius; a different shade would utterly change the feel of each picture. They seem to be monochrome at first glance but there are subtle variations which give them a bit of life. These images plant me firmly in memories of walking home from primary school with my Mum and little brother on late autumn afternoons in the sinking sun.

Scenes from the Passion, The Middle of the Week 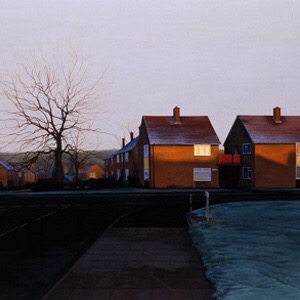 Scenes from the Passion, Wednesday Week, 2003 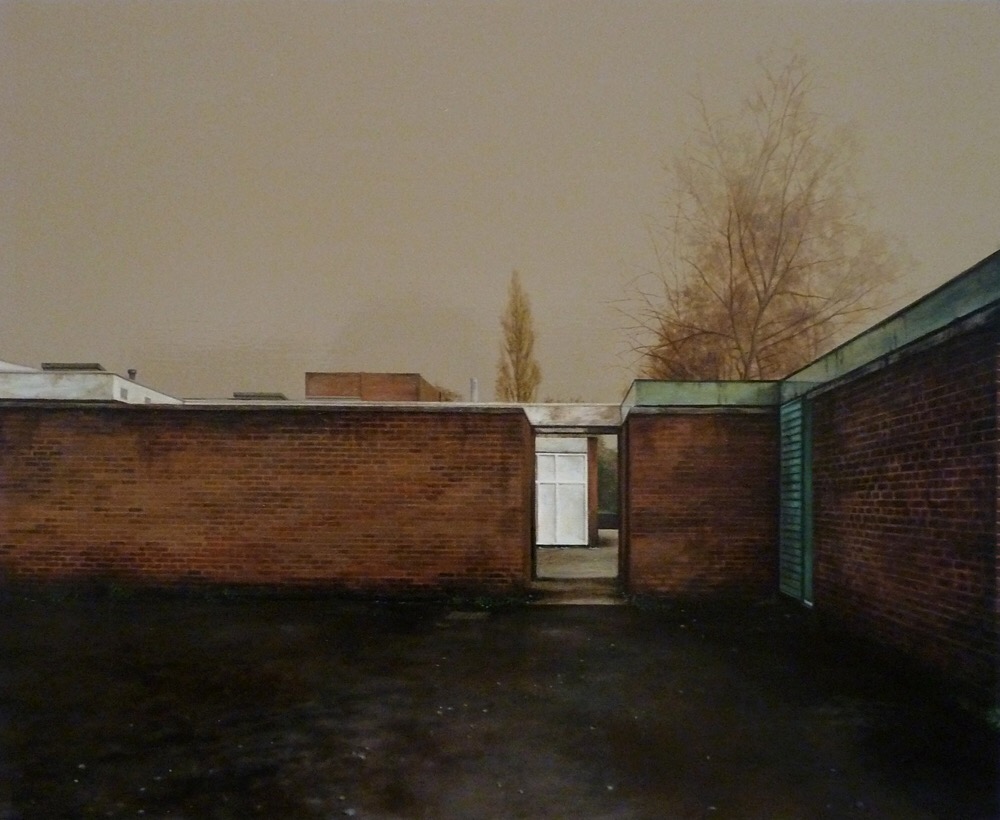 Scenes from the Passion, Hometime, 1999 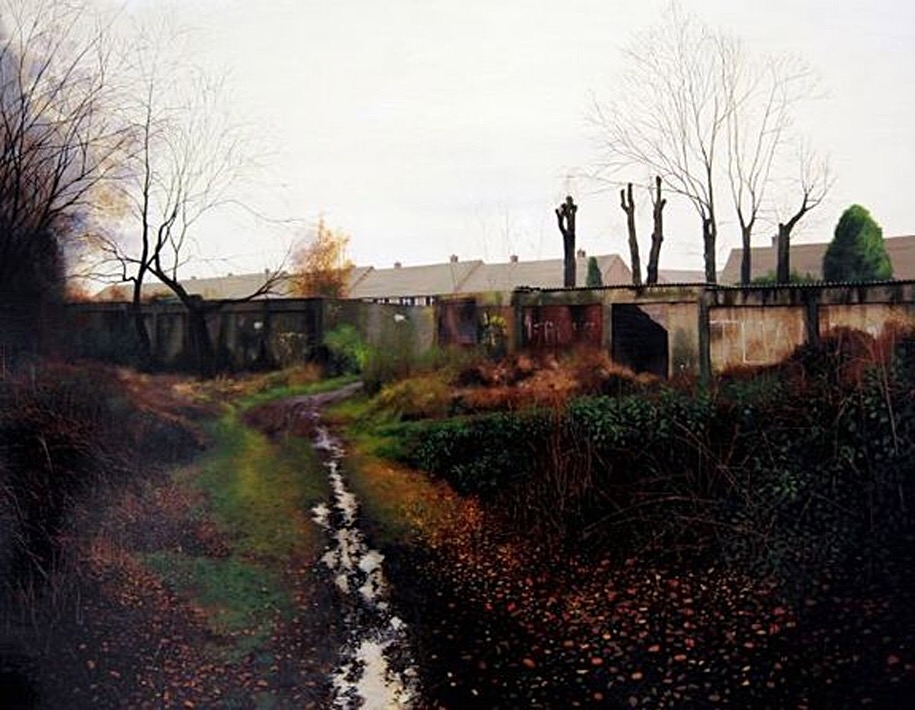 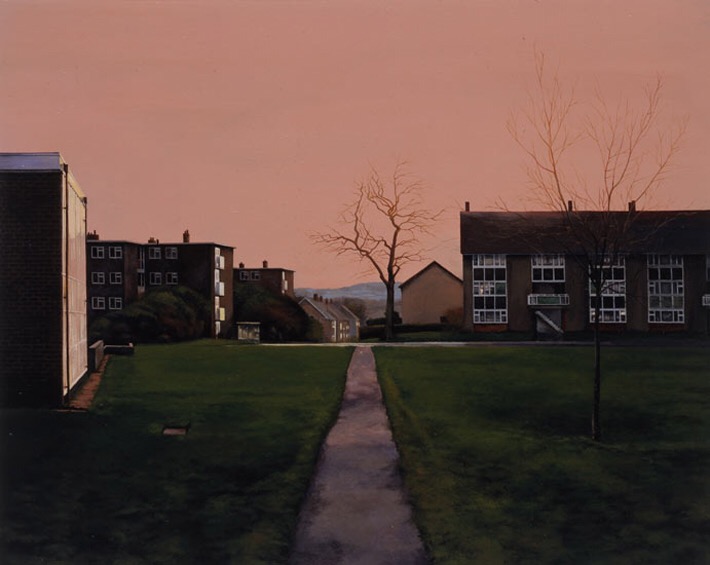 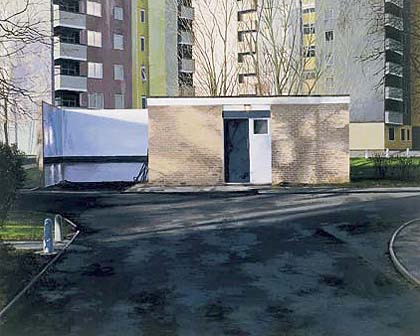 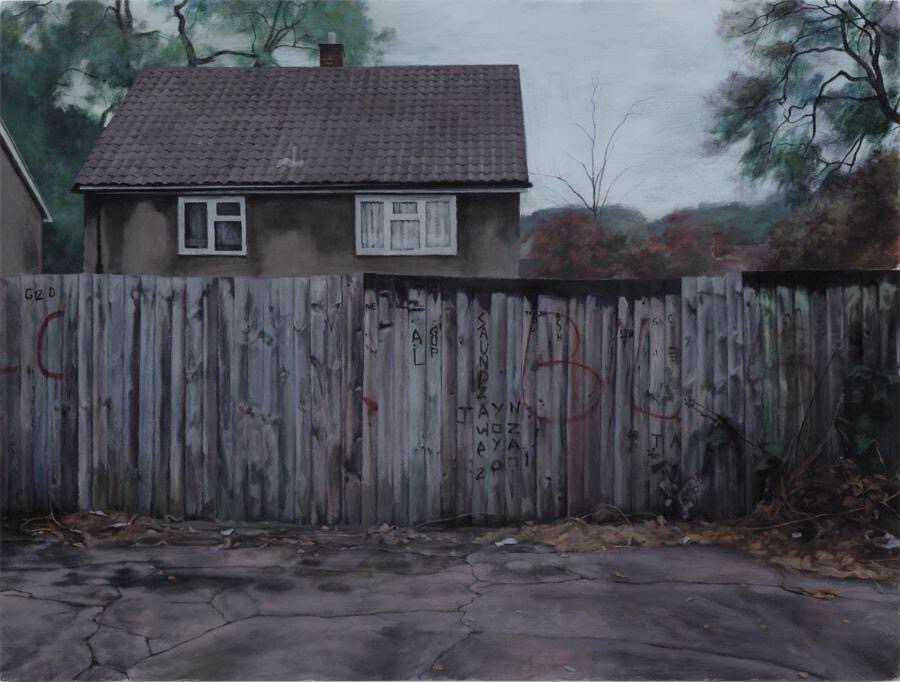 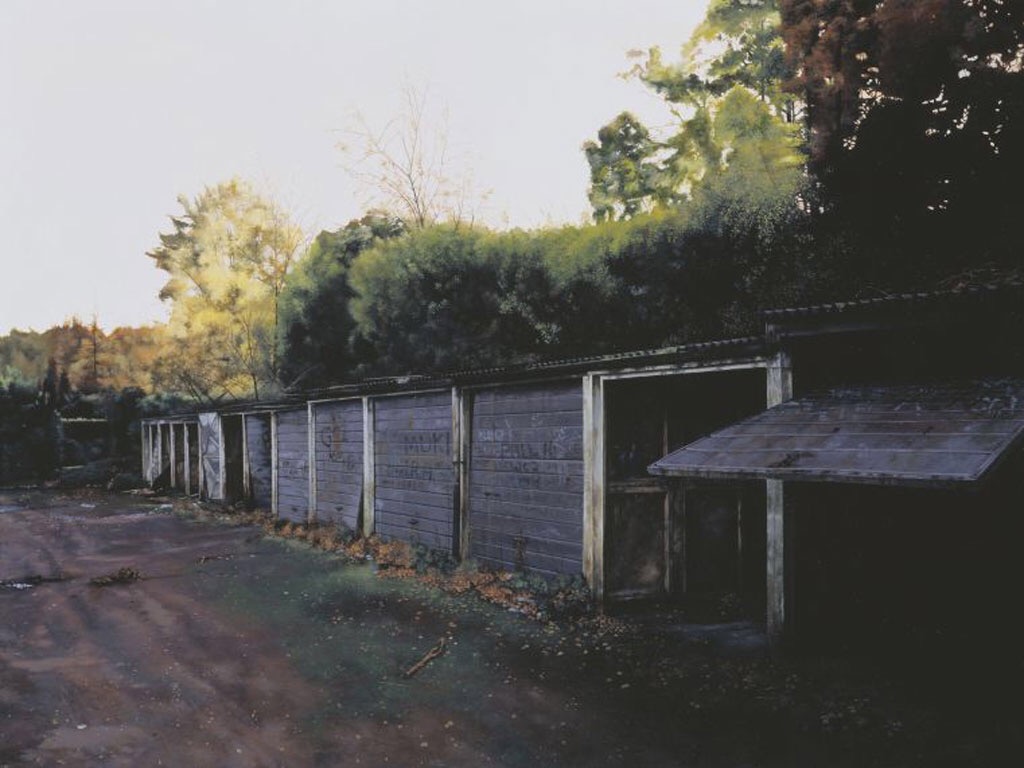 Scenes from the Passion, The Blossomiest Blossom, 2001 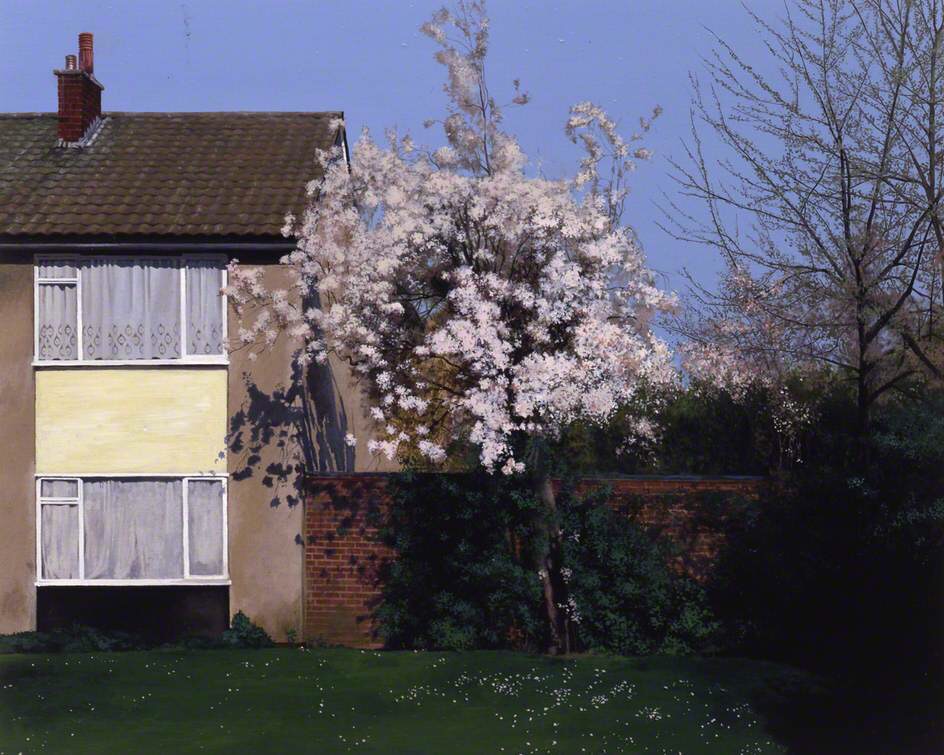 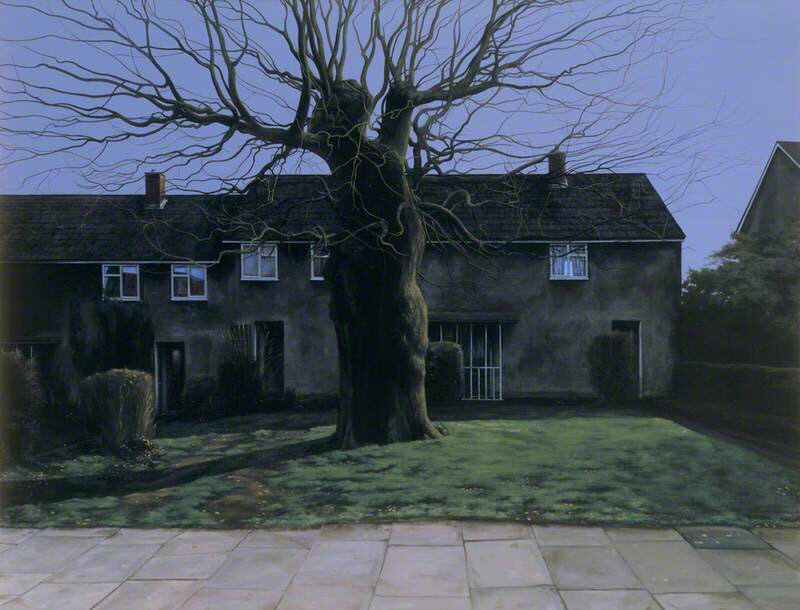 More research needed. I don’t understand these yet.

The Garden, 2005. Pencil on paper in perspex box These pieces caught my eye because they look like textiles. I find it interesting how much detail the eye is fooled into assuming is there through simplistic brushwork and subtle mix of tones. I find these beautiful. 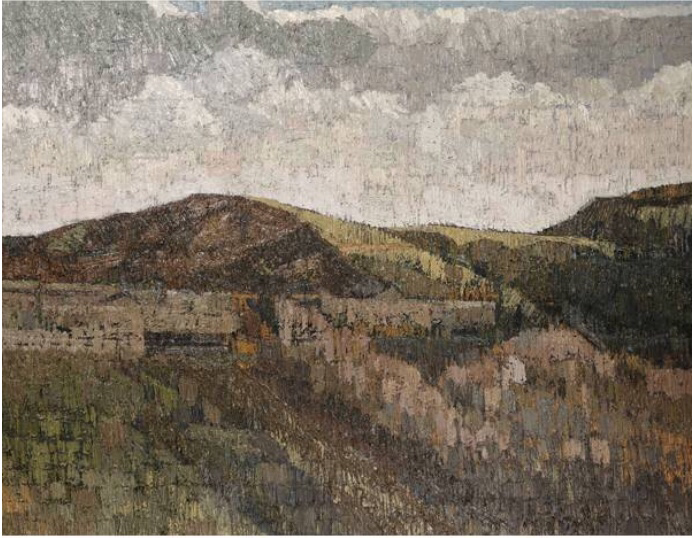 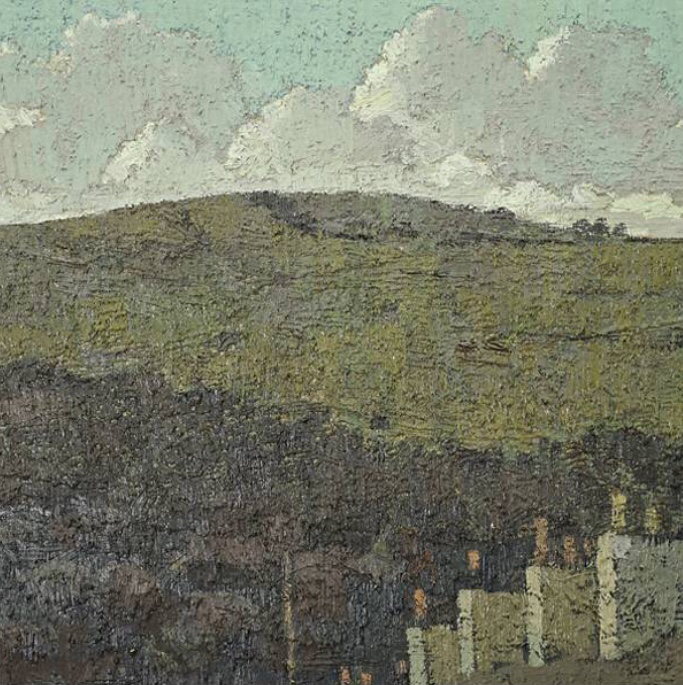 The Path Over the Moors 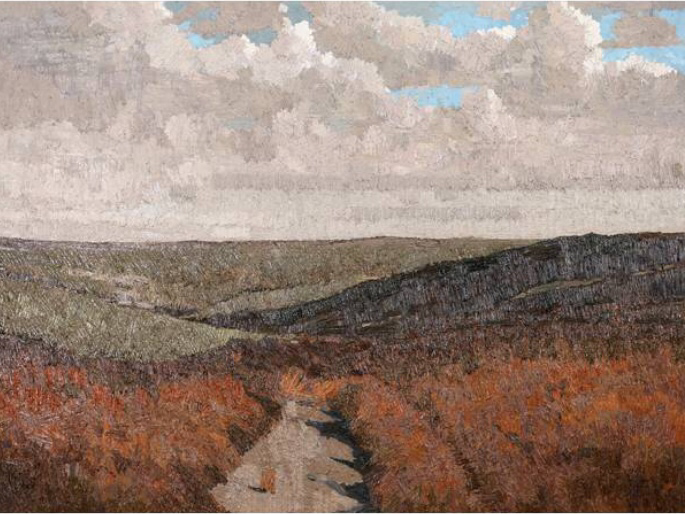 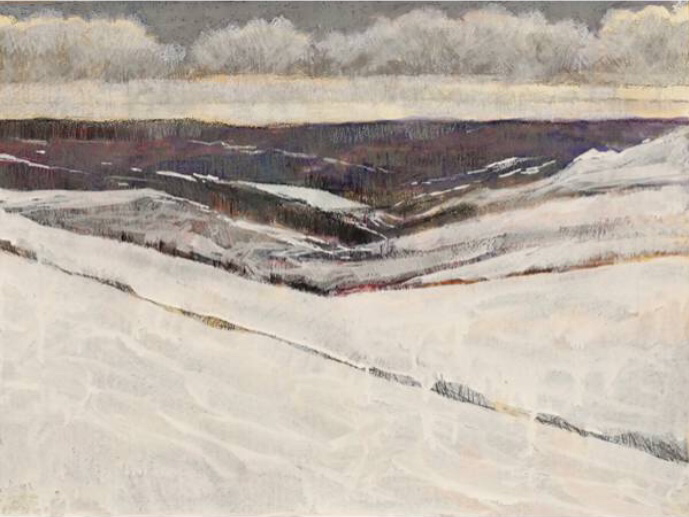