I used A1 watercolour paper in an attempt to allow the ink to flow further away from the figure as it had in my tests with wider margins of water. I didn’t use quite enough ink to achieve this, and was being slightly cautious. The wash dried lighter than it looked when wet in my tests, and even more so on this paper I bought for the final piece. Whilst the ink marks are not as striking as I intended, I still think they are effective in enhancing the feeling of movement of the figure.

Using charcoal on this paper with such a strong tooth necessitated an unforeseen change in technique that I had to break off and test before continuing. In addition I was doing this in very hot weather and didn’t want the oils from my skin to influence the charcoal. I used a tortillon to blend the charcoal instead of my finger, which gives an almost pointillist effect in some areas.

I’m pleased with the final drawing. I think using the ‘potential energy’ of a pose to capture movement is effective and works well in this piece.

The abstract suggestion of movement with ink, as an augmentation to the movement proposed by the pose itself, works well with the absence of background. The feeling of uncontrolled falling is very like isolation, which I found was accentuated by an absence of background in my final piece for Assignment 4. I’m happy to have been able to use this as an active element of the drawing once again. 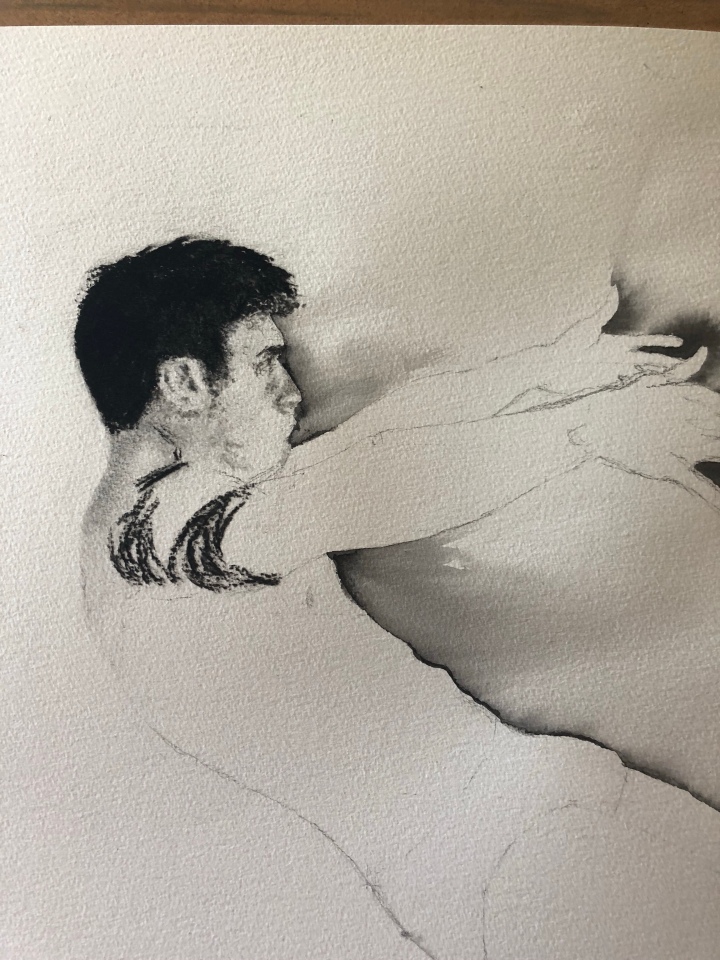 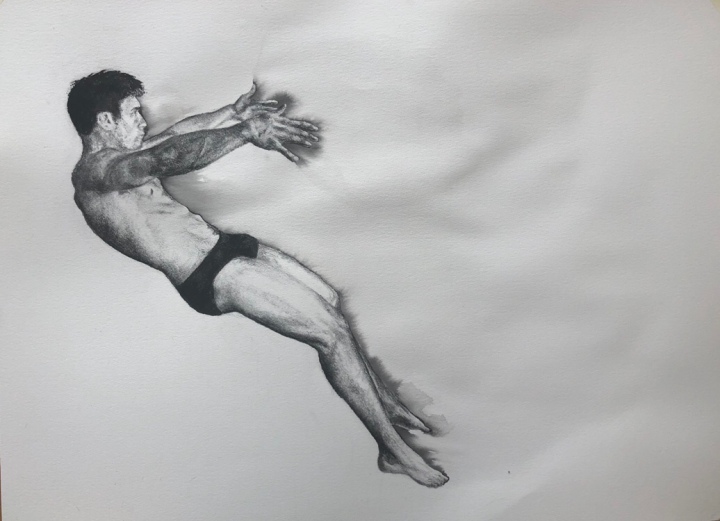 One thought on “ASSIGNMENT 5 – Final piece”