(I’m unable to print at home and can’t go into work under the current lockdown so have had to improvise with screenshots of MS Word tracked changes!)

This part of the story describes the protagonist and fellow crew members entering an alien structure and encountering an organism which is invisible to the protagonist. The structure appears to them to be a mixture of organic and inorganic and is constantly changing. The simile heightens the impression that it is partly organic and the onomatopoeia brings the fast moving action into close focus. 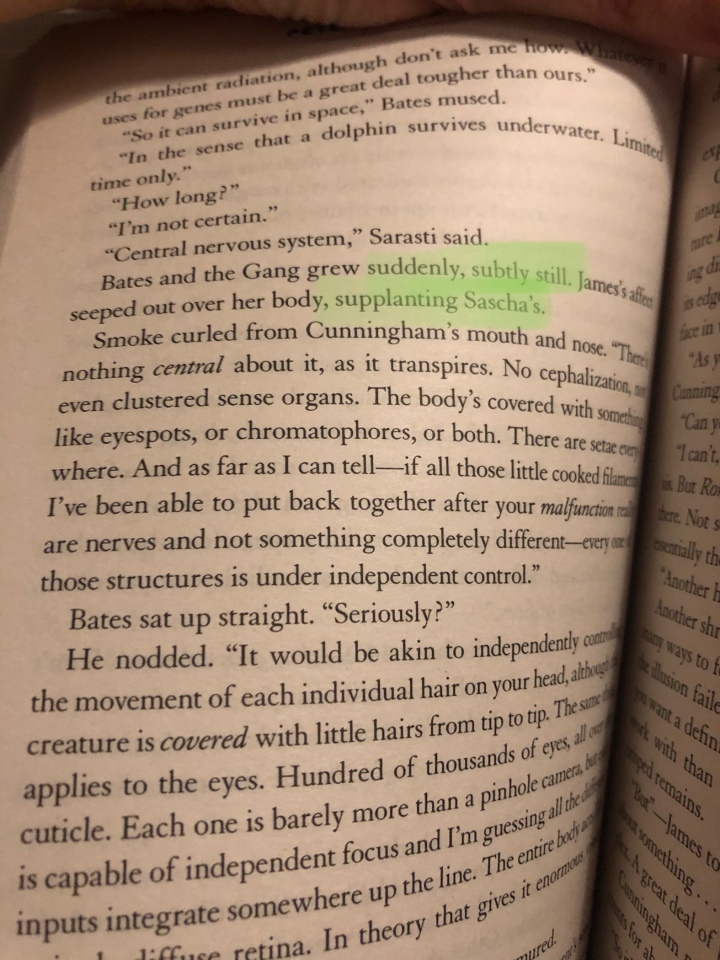 This alliteration slows the pace of the narrative, reflecting the mood of the characters.

There isn’t much metaphor in the book as the protagonist’s role in the team is as clinical, objective observer and this is reflected in the first person narrative. This one struck me as quaint in this context because the book is set fairly far into the future and describes an Earth where humans are very far removed from the behaviour and society we inhabit.